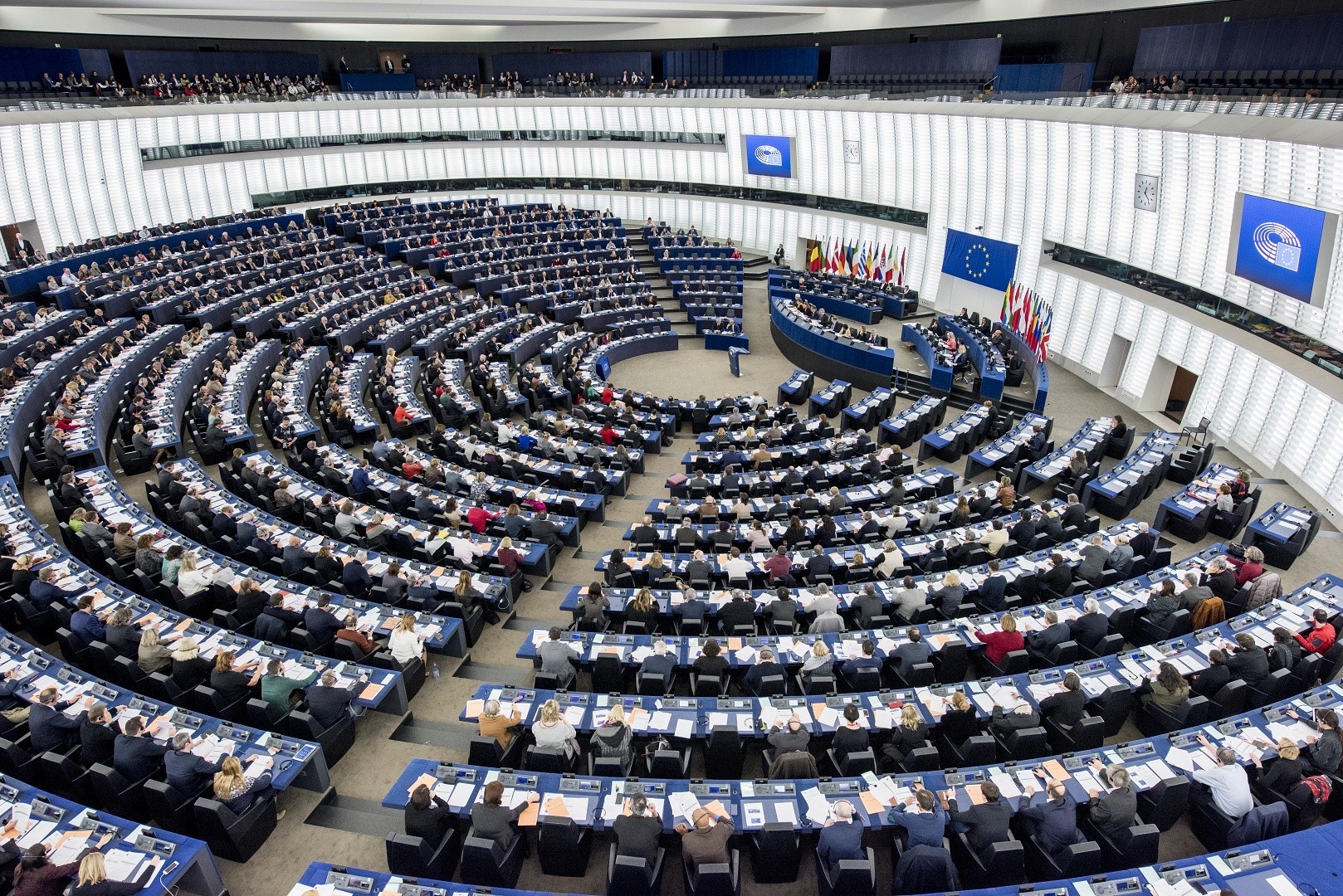 Nowadays it is fundamental to identify COVID-19 as a breaking element between the existing Europe and the future one. A change in the European Union and international relations in the next future is not only probable, but sure. There are two possible directions: on one hand a structural reform of the European Union and a closer union between Member States; on the other a downsizing, even the extinction of the EU itself. For this reason, this situation represents at the same time a risk and an opportunity.

The Italian case clearly represented for many weeks the most advanced and serious situation in the spread of pandemics and the first test bench for the solidity of the European Union.

In the last weeks, Italy and other countries peoples used to consider the European Institutions – and the European Union as solid and indistinct entity – as very distant from their needs, detached and deaf in front of their distress call. The European Union idea in the Italian collective imaginary was already worsened in the last three or four years. Covid-19 risks now to give the coup de grace to this situation. ECB President Lagarde’s statements, the block of medical supplies by Germany, Czech Republic and other countries, the Schengen agreements suspension and other measures further exacerbated the anti-European feeling in Italy.

The European Union clearly had a strong lack in communication, even before than in measures and policy implementation. Financial and debt flexibility and aid measures approved by the Institutions are fundamental for Italy to stand this important test, but are not perceived by citizens as a real contribution to the country’s current needs. This trend is exacerbated by another element. In fact, a strongly debated deficiency in representativeness of common citizens in the institutions clearly worsened this perception, because of a serious deficiency in the accountability of EU politicians. In fact, the only form of direct representativeness in the European Institutions is the European Parliament, which in recent times – particularly after the beginning of the Covid-19 crisis – progressively lost its relevance. As in national systems of government, in time of crisis the legislative power lose weigh in favour of the executive one. In this case, specifically, apart from the executive power (which may be considered, in a certain way, the European Commission), intergovernmental institutions significantly prevailed on the others, particularly on the Parliament. Nevertheless, as testified by the recent practice, intergovernmental institutions, like the European Council and the Council, represented the real decision-making center in the very last years – not just in this crisis (e.g.: in the migration crisis) –, also affecting the common perception of representativeness and direct democracy.

Nevertheless, for a coherent and efficient analysis, it is first necessary to understand which will be the real impact of Covid-19 on national and global economy and society. A general, negative trend could be dramatic and seems to be an element of global weakening for the European Union. However, in our opinion, this could on the contrary represent a positive aggregation element between Member States. To paraphrase: ‘misery loves company’. A general negative trend in European economies could improve the sense of cohesion and community between Member States, and also between their peoples. At the same time, this could suggest and develop an integrated approach to the global problem which could serve as an example and a model for the future. The public debt implementation would be not only the public debt of one country, but the debt of all the European Union. Massive measures to relaunch the European economy would be necessary in the entire European Union. From this point of view, so called ‘Covid-Bonds’ might not be a bad idea. Unfortunately, the perspective of a new, permanent Eurobond and a ‘communitarisation’ of public debt still faces the opposition of ‘virtuous’ northern European countries. In the very last days, the European Commission also decided a strong activation of the European Investment Bank (EIB), with about 8 billion euros unlocked through the European Investment Fund (EIF), made available to some 100.000 small-medium enterprises. Other powerful manoeuvres have been decided in order to face the upcoming economic and financial emergency. However, a shared overall vision seems to be missing. This debate is still open and will be very meaningful in the next weeks.

The approach I just suggested could seem to be quite ‘extreme’, but it probably represents the best way to improve a stricter cohesion and integration and, indirectly, a future higher participation of the European citizens. In this way, the ‘sharing’ of difficulties given by this serious situation is fundamental to theorize and propose a plan of reform of the EU political system.

Alternatively, a financial disaster in only two or three Member States will continue to represent only a problem for that countries, like in the past. Financial flexibility and aid measures will be considered a ‘grant’, even an ‘almsgiving’ by the EU to these disadvantaged countries. And, as a consequence, this could also be hold against them in the future. Such a scenario would only have the effect to improve the idea of a ‘stepmother’ European Union, enhancing the centrifugal forces and speeding up the collapse of the Union itself.

From these elements and from the approach of the Institutions – and also their communication capabilities – the future of the European Union existence will depend. In this moment, the main elements which characterized the European Union in the last decade have been set aside: financial stability and ESM, measures of control, integration of markets, et al.: all of this has suddenly become obsolete, because of the emergency and the primacy of human life and health values on economics. However, this could also offer food for thought, because it clearly distinguishes us, as Europeans, from other peoples, cultures and forms of State. It is now essential for Brussels and the European Institutions to be accountable and credible from this point of view, to develop this concept as its key word for the next future. Otherwise, the majority of people will almost certainly consider the European Union as a mere superstructure, made of bureaucrats and bankers, with no sense of community and no interest for their citizens. First this could happen in Italy, which currently represents the third economy and the third country for share of representatives in the EU. And it is quite probable that the European Union won’t survive to an eventual Italexit.

There is also another important point to stress. Whatever will be the future of the European Union and the membership of its States, the international relations framework will probably be strongly revolutionized after the end of the pandemic. Many important international actors are likely to weaken, while others will strengthen and arise. Many roles of leadership will be – and already are – put into discussion. In all likelihood, from this period the first country to be considered as a ‘winner’ power, with a new credibility and strong international accountability and leadership will be China. ‘Chinese model’ of facing the crisis has been adopted first in Italy, then in the majority of other EU countries. The countries which firstly refused this method, later retracted their steps and adopted at least many similar measures. China is also contributing with strong medical aids and sending expert virologist and doctors in Italy and other affected countries. US government barely published a solidarity Tweet and made poor other efforts, in comparison with other countries.This is a form of soft power which China widely learned to exercise in other countries, mainly in western ones, nominally more refractory to stricter cooperation with China and other not openly democratic governments. At the same time, unlike Russia, China did not exploit the situation from a political point of view, diffusing fake news or propaganda. Chinese approach is more pragmatic, and factual.

Anyway, often facts could trigger wider consequences and reactions than words and propaganda. Italy has already privileged relations with Chinese government and a strict commercial cooperation. 5G agreement with Huawei is an important evidence of this. After the crisis, a stricter cooperation with China will be almost certain. However, this could not just represent a risk for the country. This will depend on the Italian political situation. A strong government and – first of all – a permanence as Member State in a stronger and more integrated European Union could translate a stricter cooperation with China in an opportunity. Especially with a progressive – and very probable – decline and hallway of the US in the European and international context. But this issue deserves a further study.