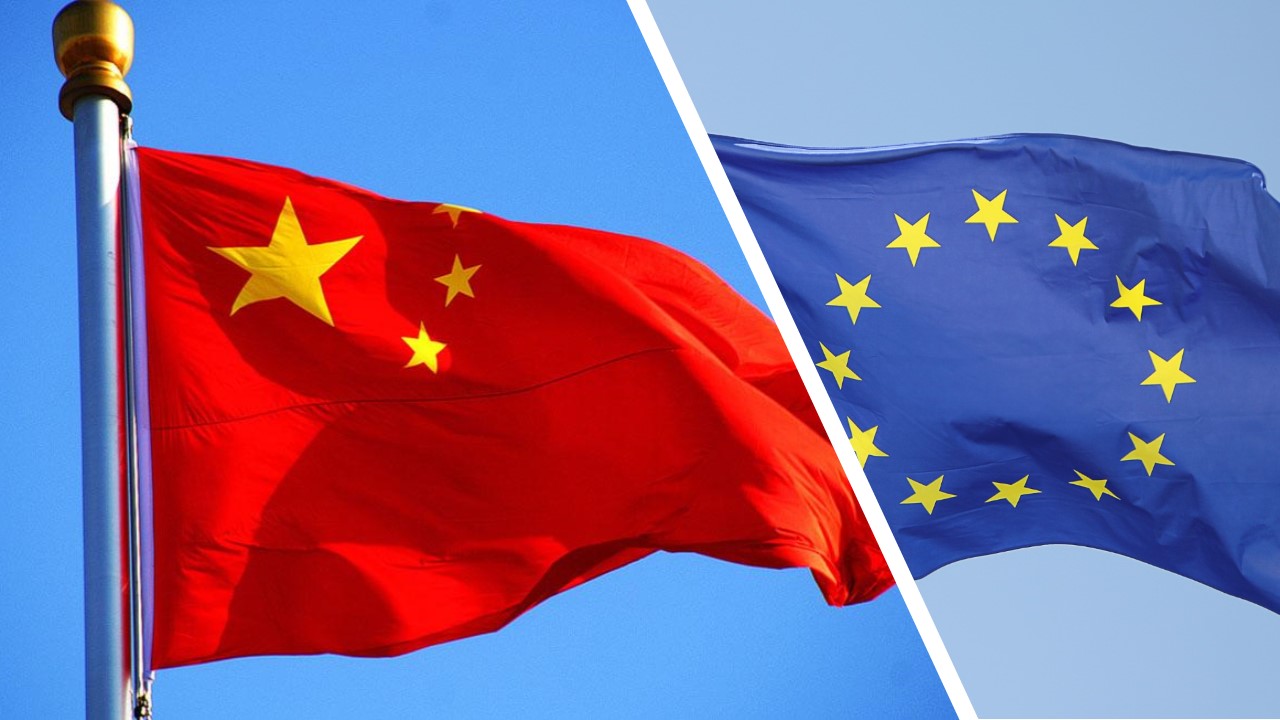 The EU-China relations have been heavily affected by the ongoing trade talks on an ambitious Comprehensive Agreement on Investment (CAI), which would definitely have a great impact on the world’s floe of investments, as it concerns two economic giants. The EU-China bilateral trade history has steadily increased, driven by China’s sustained GDP growth rate. In 2018 the EU outward stock of FDI supplied to China amounted over € 175.3 billion, while the value of the EU export of goods and services reached € 245 billion. Nonetheless, China’s economy is actually on a slowdown phase, further strained by the ongoing COVID-19 pandemic, within an ever-challenging geopolitical context that is putting much pressure on the Chinese establishment both on domestic and external affairs.

Within such an environment, China’s domestic market is becoming more and more liberalized with a range of regulatory improvements promoted by the Chinese government, such as the set up of large Special Economic Zones – SEZs. However, the Chinese market is still highly unfair towards foreign investors and companies, with denials or restrictions to access to a number of sectors, mainly due to national security concerns. European companies operating in China do not benefit from the same levels of transparency and fair competition granted to Chinese companies operating within the EU single market. Therefore, the CAI aims to address these issues, seeking to establish a level-playing-field to provide China with an investment protection regulation and a fair business environment equivalent to the EU standards.

The CAI’s negotiation goes back to 2014, after the publication of a preliminary Impact Assessment carried out by the European Commission in 2013. Since there, many goals have been achieved on several trade-related issues, even if the EU-China relations have been frequently undermined by the ongoing struggle between China and United States focused on maritime disputes across the Indo-Pacific, a rivalry that has already involved the global trade arena and several other geopolitical dimensions.

The EU Member States are addressing these challenges by further supporting the European Commission in the CAI negotiation, by leveraging on the EU ability to deal with China with a single voice on trade issues. As a result, the CAI aims to replace the existing Bilateral Investment Treaties (BITs) signed by each EU Member State with China, according to the last Sustainability Impact Assessment published in 2017. These BITs are very narrowed on investments protection, not covering investment market access and other key issues. Therefore, the future CAI would go beyond a traditional investment protection agreement, aiming to harmonize the existing rules and to introduce innovative provisions on a range of new thematic areas. Therefore, besides investment protection, the parties would assess up to date rules on investment’s transparency, licensing and authorization procedures, sustainable development and dispute settlement.

Sustainable development would be a core focus for the CAI, that would include rules on environmental and labor-related dimensions of investments. Therefore, the EU concept of ‘Sustainable Finance’ would be well suited for the future CAI. China has been struggling a lot to tackle environmental issues, that have an increasing social relevance as wide area of China have been deeply affected by climate change, human-induced natural disasters and soil and air pollution. The Chinese economy is still deeply relying on coal as its first energy source. In 2018 coal made up 59 percent of China’s energy use, while China has consumed more coal than the rest of the world combined since 2011. Therefore, sustainable development and the sustainability of investments are major concerns for the PRC establishment.

According to the EU standards, sustainable finance primarily means taking in due account environmental considerations when making investment decisions. This process would aim to lead longer-term investments into sustainable economic activities and projects. The sustainability of a project is valued very broadly, by considering relevant purposes such as climate change mitigation and adaptation, preservation of biodiversity, and pollution prevention and circular economy. Sustainable finance also takes into account a wide range of social issues, such as inequality, inclusiveness, labor relations, investments in human capital and communities as well as human rights issues.

As a result, within the EU’s policy context, sustainable finance is understood as finance aimed at supporting economic growth while reducing pressures on the environment, involving also  social and global governance issues. This concept could be very reliable to the Chinese policy makers, as a way to learn from globally applied best practices. Furthermore, the CAI could support the delivery on the objectives of the European Green Deal by leading private investment into the transition to a climate-neutral, climate-resilient, resource-efficient and just economy, as a complement to strict monetary and financial policies.

On the other hand, the European Commission frequently stressed its purpose to push China to develop its domestic market in a more transparent way, shaping an open environment for the EU companies in China, that are severely discriminated in terms of investment access and protection compared to the Chinese firms supported by the PRC’s state.

Indeed, the Commission has frequently remarked the negative features of China’s domestic market regulation, as proven by the January 2016 Inception Impact Assessment for a possible change in the methodology to establish dumping in trade defense investigations concerning the PRC. This Commission’s initiative was mainly due to the EU assessments’ failure to demonstrate that China is a market economy under the criteria established in the EU anti-dumping legislation. Additionally, the slowdown of the Chinese economy, coupled with significant excess capacities in many sectors (notably in steel), further stressed the importance to set up a regulatory framework on investments as a means to mitigate unfair trade practices.

In January 2016, the EU and China also agreed on the scope of the future CAI, marking a starting point for the CAI trade talks. The next agreement should, at the same time, improve investor’s opportunities and set up a genuine right to invest in order to prevent any kind of discrimination among the EU companies operating in China and vice versa. Furthermore, both the parties expressed their commitments to address key challenges on transparency, licensing and regulatory procedures and to provide a high and balanced level of protection for investors and their investments, as above-mentioned.

Throughout the negotiations, the EU stressed the burdens that quantitative restrictions, equity caps and joint ventures requirements have induced on the EU business in China. The latter have been hampered to scale up, affecting the likely economic benefits of EU investments in the Chinese domestic market. The PRC should also improve its trade law in order to ensure that EU companies can compete on an equal base when operating in China, compared to Chinese and third-country companies. Therefore, the Commission aims to introduce non-discriminatory treatment, prohibition of performance requirements and a range of rules to prevent measures requiring investors to behave in a certain way or to achieve certain outcomes (e.g. rules that force technology transfer) and equal participation in standard-setting works.

From the EU prospective, the CAI should also promote an accountable Chinese legislation, in order to ensure EU investors to have proper access to information affecting their businesses and to forward remarks and observations on relevant laws and legislations. On that ground, the Commission proposed commitments in order to regulate the behavior of state-owned companies by increasing the transparency of state subsidies.

Under the EU’s reformed approach on investment protection, the EU proposes a distinct provision on the sovereign right to regulate in the public interest, even if the CAI aims to set liabilities in order to ensure a better investment’s protection. Therefore, this provision would reaffirm the faculty of States to adopt measures for public policy’s purposes. These provisions might provide a safeguard for States against claims from investors whenever public policy initiatives protecting citizens or the environment clash with the interests of the investors.

The Investment Court System (ICS) is an institutionalized adjudicative body with high standards of independence, transparency and legitimacy, which aims at replacing the Investor-State Dispute Settlement (ISDS) tool. The European Commission’s purpose is to include such ICS within the framework of the future CAI, in order to radically increase the transparency and the protection of EU investments in China.

An ICS is already in force between EU and Canada as provided by the Comprehensive Economic and Trade Agreement (CETA). The agreement has established a permanent court made up of a Tribunal of First Instance and an Appeal Tribunal. The adjudicators, who are required to be professional and independent, are appointed for long terms of office by both parties taking into account all interests at stake, and held to the highest ethical standards through a strict code of conduct. The ICS’s transparency is guaranteed by hearings open to the public and by the disclosure of documents submitted during cases. Additionally, a wide range of stakeholders (such as NGOs, trade unions or citizens’ representatives) are allowed to intervene in the proceedings and make submissions. Therefore, the CAI should adopt provisions on ICS inspired to CETA’s ones as a means to better handle EU-China trade relations and to assure a better protection for investments.

As above-mentioned, another key objective of the Commission is to liberalize key sectors of the Chinese economy in a transparent and sustainable manner. Nowadays, the EU investors are denied or limited to operate in Chinese telecommunication services, in information and communication technology, in financial services and in the manufacturing sector. Therefore, the Commission wishes to create new opportunities for EU businesses by pushing China to take commitments to ensure that European companies can compete in China on a level playing field.

The CAI negotiations would likely have a strong influence on the EU-China relations, as further Chinese liberalizations could lead to deepen its economic importance for Europe. As a large import market, China could in the future rise as the center of global trade in goods and investments, by entangling external countries to its economic prosperity. This scenario is very far from the actual reality, as the world’s largest import market are the United States, thanks to their consumes driven economy and their ability to leverage on the global financial system to magnetize investments and level off the balance of payments.

Nowadays, this global trade environment is harassed by the ongoing trade dispute between US and China, that will certainly have relevant outcomes on the CAI talks. 15 September 2020 marked a new round of such rivalry, as a WTO Panel rejected the US defense against the Chinese compliant on the tariffs raised by Washington in 2018. Even if the Panel pointed out that its role was not to draw any legal conclusions or make recommendations on any matters other than those it had been specifically tasked to deal with, a likely US rebuff of the Panel’s conclusion could undermine the WTO at its basis, thus rendering even more difficult to the EU Member States to maintain any political edge to sign a new deal with China.