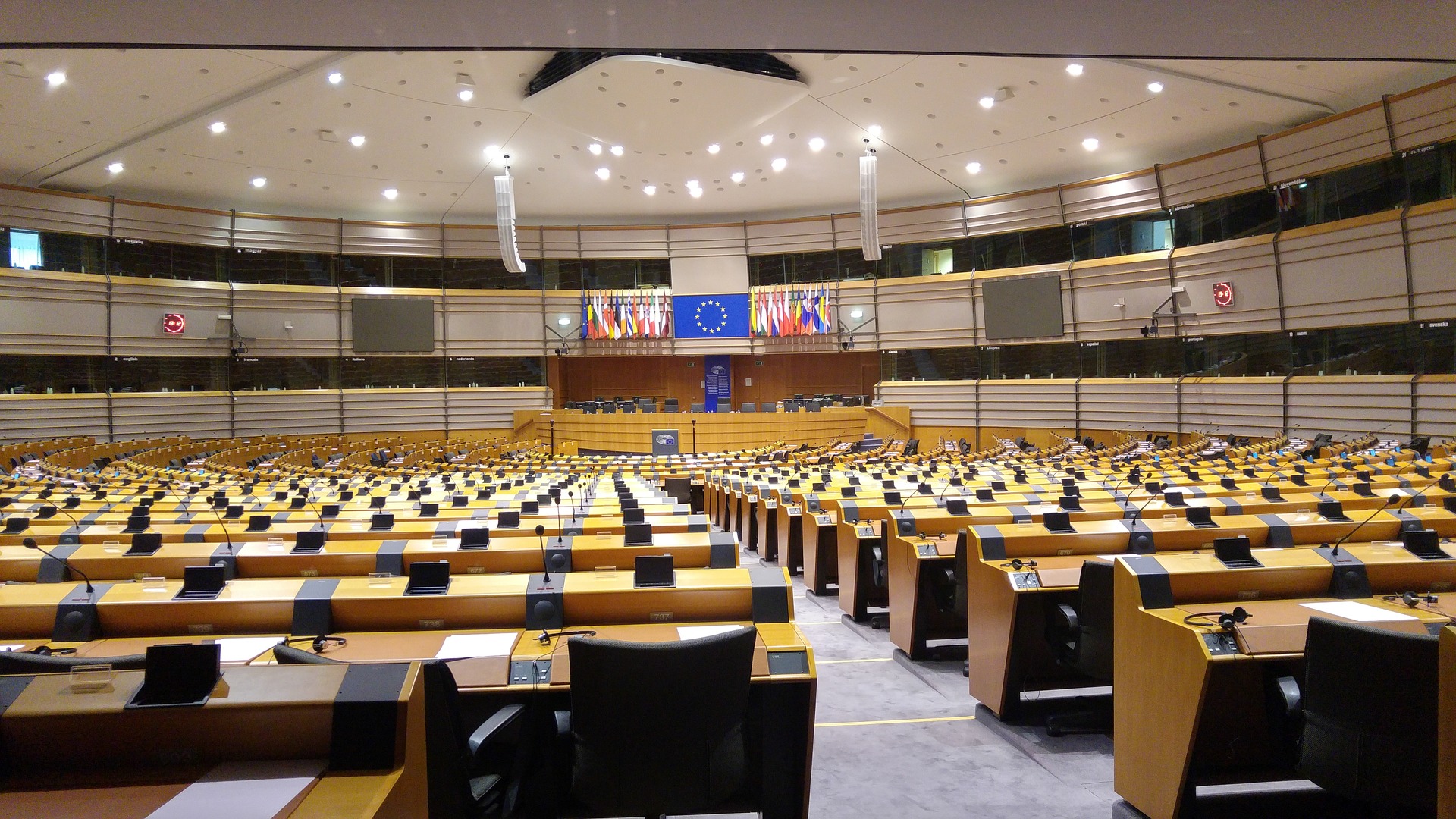 In occasion of the European Parliament Plenary debate on March 10, 2021, the Vice-President of the European Commission, Věra Jourová, introduced the compelling issue of media freedom’s threatening in several Member States. After acknowledging the vital importance of press freedom and media pluralism for democracy, she focused on three specific cases. Indeed, she denounced the governments’ behaviours in Hungary, Poland and Slovenia, where the role of journalists and informers has been compromised through distinct means. To better understand the circumstances of media agencies and broadcasters, whose function is more crucial than ever due to the Covid-19 crisis, it is essential to analyse each case in depth.

It is not the first time where Viktor Orbán’s decisions are condemned by the European Commission. His campaign aiming at restricting critical opinions throughout the national media landscape started by shutting down the Hungary’s biggest opposition daily Nepszabadsag in 2016. The most significant action was, definitely, the merger of almost 500 outlets into one sole conglomerate loyal to the government, in 2018. This allowed him to bypass competition law and, to all intents and purposes, annihilated media pluralism in the country. In July 2020, the editor-in-chief of the leading news site Index in Hungary was fired. This represented another step towards the media sources’ polarization. The most recent event was the revoking of the licence of Klubradio by the Media Council, in February 2021. The grounds on which this sanction was carried on were alleged breaches of the country’s restrictive media laws (e.g., the failure to broadcast a minimum number of Hungarian songs). Klubradio’s director, Andras Arato, declared they would appeal the court’s ruling. Nevertheless, the chances for the former to obtain a positive outcome are minimal. This case, therefore, adds to a long list of infringements of the EU’s core values, which is becoming unsustainable for the Union’s endurance.

The latest proposal for an advertising tax by Mateusz Morawiecki raised criticism, too. According to the Polish government, the new ad tax would support the country’s national health service, dealing with the pandemic. However, the decision raised many critiques, with broadcasters and internet portals showing a dark screen in place of their programming, with the words “Media bez wyboru” on top (meaning “Media without choice”). Part of the national scene has perceived the proposal as an attempt to shape public opinion and to strengthen the State’s role in the digital market. This “solidarity levy” would, according to the critics, severely damage private publishers and broadcasters such as TVN. On the other hand, the private TVP channel would be refunded through subsidies. Thus, consumers’ choice over media sources would appear to be jeopardized.

The relationship between Janez Janša’s government and media companies and officers is not quiet, either. Many national state agencies in Slovenia were threatened with cutting of their funding. The Slovenian Press Agency (STA) saw its funding suspended by the Government Communication Office (UKOM) (for the second time in three months). The financing was suspended after the STA management declined to deliver all the documents and information UKOM requested. According to the agency, the delivery of some of the requested documents might have compromised the agency’s editorial independence. Radio Študent (RŠ), besides, is set to lose its funding from the Student Organisation of the University of Ljubljana.

Prime Minister Janša accused (via Twitter) the STA’s director Bojan Veselinovič of breaking the law and exhorted him to resign. This tweet is the symbol of the turbulent environment in which media activities are run in Slovenia.

The European Commission has surely not been sat back: in September 2020 the Rule of Law report was launched. It was aimed at overviewing the rule of law situation in the European Union, analysing specific related developments through quantitative assessments on each of the 27 Member States. It emphasised both positive trends and challenges depicting a legal and institutional framework related to each pillar. By dealing with the rule of law, the report also covered the degree of media plurality and freedom. It intended to raise attention over the issue after several violations which have been experienced by European countries (e.g., the assassinations of journalists such as Caruana Galizia in Malta and Jan Kuciak and his fiancée Martina Kušnírová in Slovakia). In the words of President von der Leyen in the opening part of the document: “the rule of law…allows us to give our opinion and be informed by a free press”.

In the section “Media pluralism and media freedom”, the Report refers to the Media Pluralism Monitor (MPM) as a fundamental tool to highlight the risks for media pluralism in a given country. It focuses on four main areas, namely media freedom, market plurality, political independence and social inclusiveness of media. Moreover, a crucial issue which can influence the degree of media freedom is the transparency of media ownership. For this reason, the European Commission has committed itself to co-finance the new Media Ownership Monitor. It consists in a pilot project to create a publicly available database filled by relevant information on media outlets.

The Covid-19 crisis has paved the way to new dangers for the independence of media authorities, as the three cases previously covered show. This aspect, in fact, has a direct influence over market plurality. Moreover, the current crisis has emphasized risks of politicisation of the authority.

An essential step towards the strengthening of such values is represented by the Audiovisual Media Services Directive. It is an initiative signed by the European Parliament and the Council on November 14, 2018. Its main goals are the preservation of cultural diversity and, thus, the safeguarding of media pluralism; the guarantee of the independence of national media regulators; and the creation of a level playing field for emerging audiovisual media.

The latest measure by the European Commission to consolidate the autonomy and safety of media activities is the European Democracy Action Plan of December 3, 2020. The latter is grounded on the idea of enabling a healthy democracy through the empowerment of citizens, allowing them access to free and independent information. This concept deeply relates to the values of the European Charter of Fundamental Rights, particularly by Article 11 (“Freedom of expression and information”).

The Action Plan includes many initiatives announced by the European Commission. To ensure a dialogue between Member States and their media authorities, a European News Media Forum will be set up. It will eventually reinforce cooperation within stakeholders over media-related issues.

Furthermore, the Commission embraced the Recommendation on the protection of journalism and safety of journalists and other media actors promoted by the Council of Europe in 2016, announcing a new recommendation in 2021 to tackle the latest safety issues.

Finally, emphasis was put on an increasingly widespread phenomenon, the one of strategic lawsuits against public participation (SLAPPs). They are “groundless or exaggerated lawsuits initiated by state organs, business corporations or powerful individuals against weaker parties who express criticism or communicate messages that are uncomfortable to the litigants”. Their main intention is to intimidate and eventually censor critics by burdening them with expenses for a legal defence. The most known case is the one of Caruana Galizia who, before being assassinated, was facing 47 lawsuits of that kind in Malta and abroad. The results of such SLAPPs are the so-called “chilling effects”, preventing the targets from carrying on their activities.

Anti-SLAPP laws are already in force in the US, Canada and Australia. Therefore, the European Union is now committing itself to take severe action, as Věra Jourová explicitly declared.

In conclusion, the European Commission is working towards the protection of the founding pillars of modern democracy. All this while facing an unprecedented crisis which threatens the stability of the European ecosystem. In the words of the Vice-President Jourová: “Democracy cannot be taken for granted; it needs to be nurtured and protected”. Safeguarding media freedom and media plurality appears to be the first measure to follow-up her words.