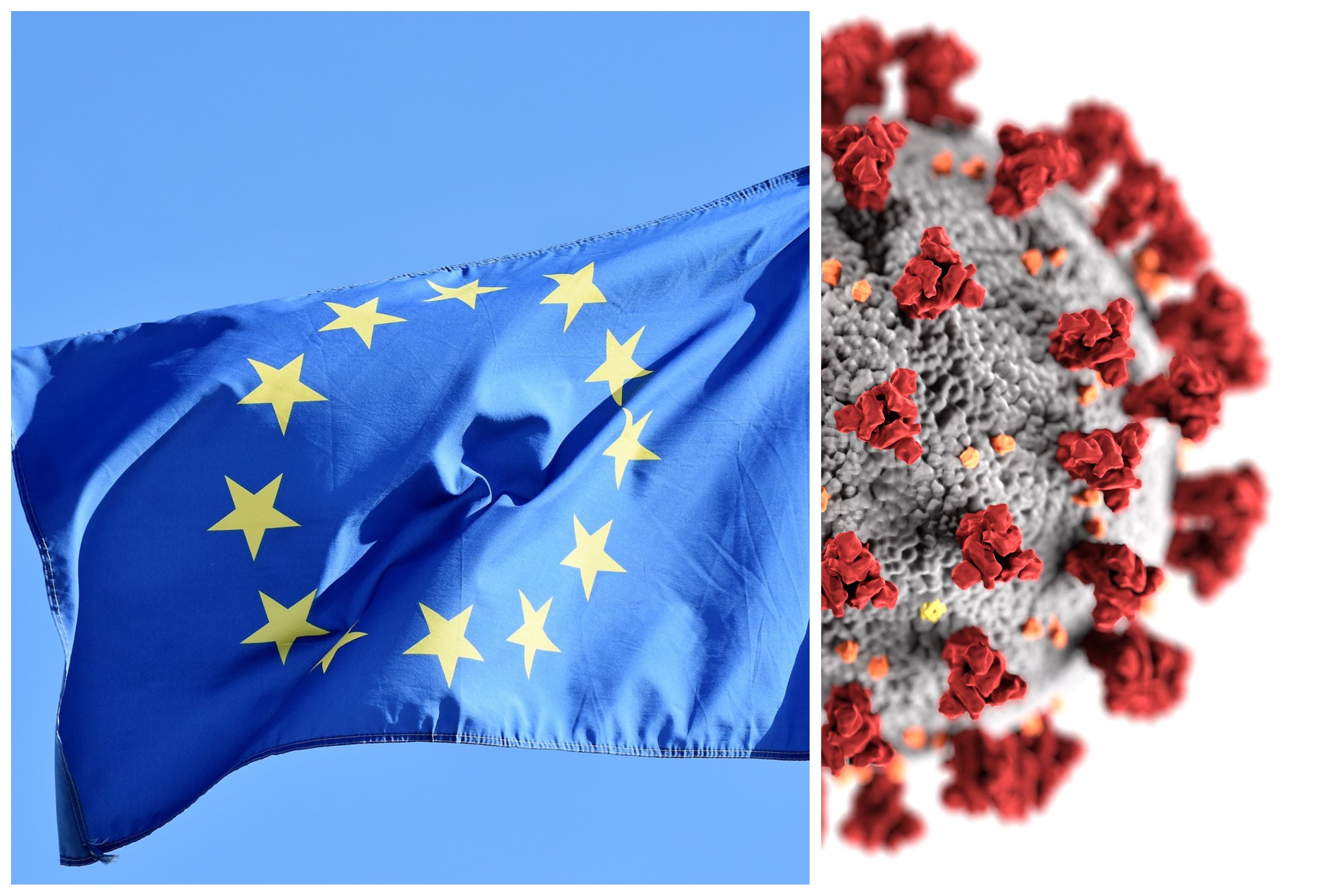 The outbreak of the Covid-19 pandemic, together with the containment measures adopted by Member States, has been a major economic shock for the EU. Such a critique situation required coordinated action at the EU level. This led to take momentous decisions and unprecedented steps when it comes to the economic governance, in order to support Member States’ efforts to tackle the crisis. At the beginning of March this year, the European Commission adopted a Communication to provide Member States with guidelines on the conduct of fiscal policy, aiming at promoting a coordinated approach in the recovery of the EU. Such document of guidance follows a series of other important actions undertaken in the past year, namely the suspension of the fiscal rules of the Stability and Growth Pact (SGP), the Pandemic Emergency Purchase Programme launched by the ECB, the provision of economic packages to aid Member States – such as the Next Generation EU and the SURE – and the recently approved Recovery and Resilience Facility. Retracing such steps can be useful to give a comprehensive picture of the current economic scenario in Europe, to understand the path that the Commission is indicating to the Member States and to figure what implications we can expect this crisis – and the actions it required – to have on the EU.

Measures taken by the EU to tackle the crisis

Firstly, in March 2020, the general escape clause of the SGP has been activated, since a severe economic downturn has hit the whole EU. Such clause suspends the obligation for Member States to respect the fiscal rules of 3% deficit to GDP ratio and 60% debt to GDP ratio. Thus, it allows them to spend more and raise their public debt to face the crisis. Such flexibility is yet subject to a precise condition: it must not endanger fiscal sustainability in the medium term. This means that, despite the activation of the clause, debt sustainability is still important especially for countries whose debt to GDP ratio was excessively high even before the pandemic.

Besides the suspension of the fiscal rules, another measure taken in order avoid the negative consequences of such an increase in the stock of the debt, is the Pandemic Emergency Purchase Program (PEPP). The ECB launched this is unconventional monetary instrument which keeps current borrowing costs low. Notably, through the PEPP the ECB is buying government bonds and keeping interest rates close to or below 0. In this way, the inevitable growth of public debt is not too costly for Member States. Currently, the PEPP has been extended until March 2022, which is reassuring for the eurozone.

Moreover, the EU provided financial support for Member States in different ways. The main instrument is the Recovery and Resilience Facility (RRF), adopted in February 2021. The facility is centrepiece of the Next Generation EU (NGEU), aiming at incentivising Member States to put in place investments and reforms in strategic and crucial areas. In order to access the loans and grants of the NGEU, Member States have to present their recovery and resilience plans by next April 30th, providing a detailed description of the reforms and public investments they intend to implement. Following the pillars of the NGEU, such plans have to be focused on the digital and green transitions, on growth and the creation of jobs, on the achievement of health, economic, social, and institutional resilience on one side and on social and territorial cohesion on the other.

In this framework, as anticipated, the Commission presented a Communication on fiscal policy response to coronavirus pandemic. Such document mainly focuses on the importance of coordinating national fiscal policies, the use of the NGEU and the RRF, the deactivation of the SGP general escape clause and finally the debate about the future of the European economic governance.

First of all, the Commission suggested that Member States should keep implementing supportive fiscal policies during 2021, while preserving at the same time fiscal sustainability in the medium term. The former is important because an early withdrawal of fiscal support would risk hindering the recovery and sharpening differences among countries, which could in turn interfere with the proper functioning of the internal market. Though, the Commission also underlined that fiscal measures should be flexible and adjustable to this urgent situation, which is continuously changing. After the most critique phase of the health emergency has passed, such measures should progressively turn towards different policies that foster a resilient and sustainable recovery. Namely, Member States will need to deal with the consequences of the crisis, implementing policies that ensure debt sustainability in the medium term, enhance public investment, and address social and labour market problems.

Another important issue concerns the use of the RRF funds, that will be pivotal for the recovery of European countries and thus is relevant when it comes to national fiscal policies. Making the best use of both grants and loans is crucial to increase growth potential of Member States and to push their economies towards convergence. The NGEU is a great opportunity, but in order to exploit it governments need to plan and implement strategic investments that will boost growth, otherwise they will risk worsening public finances.

A final critique question concerns the deactivation of the general escape clause. The Commission will take such decision evaluating the general situation of the economy, on the basis of quantitative criteria. Specifically, the main indicator would be the level of economic activity in the EU or euro area compared to pre-crisis status, namely the end of 2019. According to the Commission 2021 winter economic forecast, the general escape clause should be deactivated in 2023, yet the final assessment will be based on the spring forecast that will be published in May. Moreover, as for Member States that will not have achieved pre-crisis levels of output when the fiscal rules will be reactivated, the Commission will conduct country-specific assessments in order to grant all the flexibilities provided by the Stability and Growth Pact. With regard to this last issue, the Commission has also raised the point of the review of the economic governance framework, stating that, when the crisis will abate, it intends to relaunch the discussion about a reform.

Remarks about the NGEU

In the light of this situation, one could try to draw some brief conclusions about how this pandemic and all the challenges it implies are affecting the European integration process. Starting with the NGEU, this is important not only because it is the largest stimulus package ever for helping Member States’ recovery, but also because of how it will be financed. The package allows the Commission to borrow money (up to €750 billion) on behalf of the EU so, for the first time, we talk about EU debt. In this context, while the loans will be directly repaid by the Member States that received them, the EU debt incurred to finance the grants will be paid off through gross national income-based contributions by Member States and new EU own resources. In brief, Member States will still pay the debt, yet it is a step from everyone paying its own to everyone jointly paying the EU debt. This is very significant in terms of integration, and it is also likely to give greater impetus to the discussion about the European tax system, a widely debated matter for which different proposals have been advanced as well.

Furthermore, something that can be worth emphasising about the right use of the NGEU funds concerns the importance for the subnational government levels to be appropriately involved in this process. The NGEU is not simply meant to help Member States financially, but it also has the broader objective to direct the EU towards a new development model, which is clearly illustrated by the conditions of the economic package itself. It is about a new pattern of growth based on green transition, digital innovation, social and territorial cohesion. For the EU to successfully achieve this, the correct implementation of the Recovery and Resilience Plans is crucial, and it requires the contribution of the regional level. Indeed, in the NGEU framework, instruments such as the European Regional Development Fund reflect such need, confirming the importance of the principle of subsidiarity, which characterises the efficient implementation of several EU policies.

On the whole, throughout the history of the EU, often major changes have occurred soon after crises, because the latter not only impose new challenges, but they also bring out pre-existing problems. The EU, through its recovery strategy, is demonstrating that it intends to turn the current crisis into an opportunity. In order to face the emergency, Member States must spend, and consequently increase their debt so, to preserve sustainability, it is fundamental for such debt to be used for productive purposes, to be what the former President of the ECB Mario Draghi defined “good debt”.