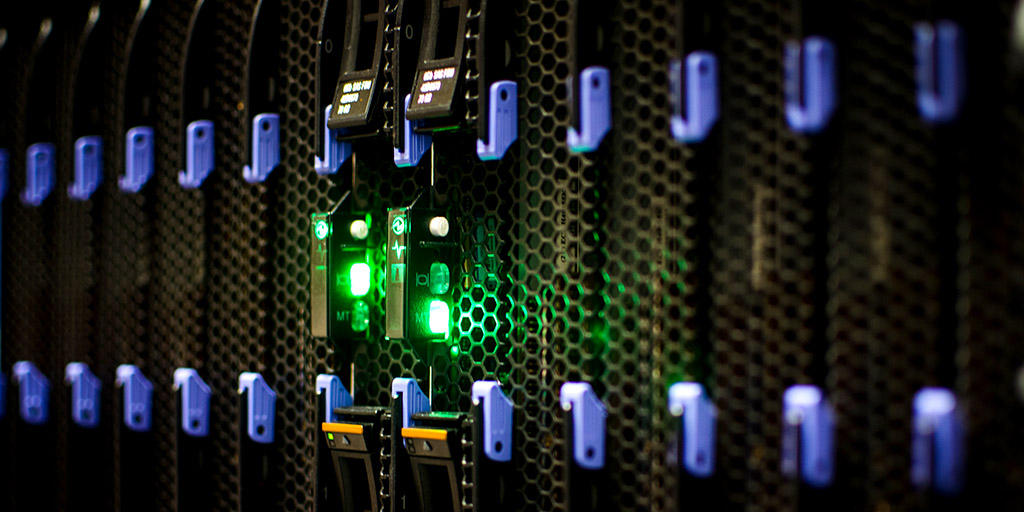 In light of the enormous developments that have taken place in the digital world over the last 20 years the Commission proposed, on December 15 2020, two Acts that will update the “e-Commerce directive” (Directive 2000/31/EC): the Digital Services Act and the Digital Markets Act.

In the words of Margrethe Vestager, Executive Vice-President, these two acts are conceived as “a traffic light” to regulate the new Digital Space, tackling especially those areas and those players that present the main challenge to European principles such as fair competition in the common marketplace, democratic values and user and consumer protection. To achieve the comprehensive aim the two Acts were designed so to have slightly different objectives and to tackle different actors.

The Digital Services Act is specifically intended so to provide an online world that is a safe, reliable and secure for users accessing both informative content and the goods market digitally. To attain such aim, it is necessary to regulate a broad selection of online services providers, from intermediary to hosting services and online platforms, by imposing ad hoc obligations.

Among the most significant figure new provisions regarding content removal, sales regulation and transparency.

Firstly, to safeguard user’s security digital platforms will face new due diligence obligations and will be required to swiftly remove illegal content (Chapter III, Section 1, art 12), goods and services while in parallel be able to grant any user the opportunity to issue a request demanding to know the cause of removal of any posts or content shared (Chapter III, Section 2, art15), hence allowing the possibility to challenge such decisions (Chapter III, Section 3, art 17).

Despite this being a necessary step to protect users in the digital space, there are some major obstacles that may prevent the enforcement of such article in a meaningful way. Firstly, despite the whole provision being designed while keeping in mind the protection of fundamental rights, the conditions necessary for content removal do not find their legal basis in human Rights principles nor in the provision itself, they are in fact, still dictated by Conditions set by each company individually.

The practical implication of such origins means, substantially, that the Companies involved in Content removal can still set the bar on how worthy of removal illegal content is. This implication is quite dangerous as, besides removing blatantly illegal content, Digital firms are left with a space of manoeuvre that is still ample enough to create scenarios in which content could be left on the platform due to the flexible distinction between harmful (but not illegal) and plainly illegal, or viceversa, removed on unclear grounds.

Second, such already unstable conditions are furtherly corroborated by the fact that, despite a call for making the workings of algorithms more transparent, most content removal is still carried on automatically with the main aim of maintaining standards elevated enough to secure immunity from liability.

With such conditions in place then, it seems very hard to achieve the ambitious aim of creating a digital space with such a high level of safeguard for users.

To grant buyers the same level of security and standard imposed on goods traded in the physical market, all online market platforms will be required to implement control of online sellers, by checking their identity and establishing systems to efficiently track them down in case of sale of illegal goods of services (Chapter II, Section 3, art 22).

Third, to ensure that digital platforms maintain a certain degree of transparency they will be required to disclose the main way their algorithms work, how they target advertisement, how they rank sellers on their platforms and how they determine what content should be shown to which users (Chapter III, Section 4, art29 and art 30). They will also have an obligation to collaborate with regulators by facilitating access to key platform data (Chapter III, Section 4, art 31).

In its own broad aim, the Digital Services Act was envisioned as a new appendix to the legal construction constituting the Single Market. Concretely this conception was transposed by proposing an Act with a horizontal effect, meaning it will apply to all players in the digital world, both platforms and users, through the whole territory of the European Union, giving each Member State a common blueprint on how to enforce and sanction violations of the new obligations through national legislation, hence maintaining the ‘country of origin principle’.

To address the rather peculiar conformation of the landscape of digital services providers’ market, the Digital Services Act is corroborated by the Digital Markets Act, targeting exclusively the so called Gatekeepers which, because of their characteristic ‘virality’, impact in a greater way a larger number of people across the EU.

Gatekeepers are defined by specific criteria (Chapter II), first and foremost their size, as for to be considered as such a said Digital Platform must have an audience, in terms of users, of at least 10% of EU population, roughly 45 million users. Second, they must have a strong economic position, meaning they can achieve a great turnover in terms of market capitalization. Third, they prove to be central, if not indispensable intermediaries between a large base of businesses, which they host as a platform, and an even larger base of users. Lastly, to fully be classified as a Gatekeeper their position in the Digital Market must be foreseeably durable over time.

Owing to these specific characteristics, Gatekeepers can often leverage their power to, not only act as bottlenecks (or influence) between the businesses they host and consumers but, in the most extreme case, when they govern a full ecosystem of services on their platforms, they can seriously impact competition and gain unfair advantages, hence tampering with the overall possibility of innovation in the whole EU area. Such case could be, for example, the misuse, or illegal gathering of data from companies hosted on their platform so to gain commercial advantage or locking users into the use of one service (usually their own) by reducing visibility for competitors.

The solution proposed to create a more equilibrated environment that will allow a fairer competition revolves around increasing regulation in three different directions.

Firstly, action will be undertaken in supervising Gatekeeper’s use of the enormous amount of data they have accumulated, which not only increases their market value but ensures they withhold an advantage over their competitors by keeping track of buyer’s decisional patterns. To eliminate the consequence of such unfair advantage the Digital Market Act bars Gatekeepers from using the data they have stored when competing against others (Chapter III, Art 6(a)).

Another problem tackled in the Digital Markets Act is the issue of ‘interoperability’. When a Gatekeeper develops and offers an extra service, as could be a new payment method, and makes it operational for use only with other services of its own platform, it irremediably damages competitors. The new regulation will hence require that these services be also made work with competitors’ software (Chapter III, art 6(c)).

The third main issue of concern is ‘self-preferencing’. In this case, the core of the Gatekeeper’s action revolves around giving a higher rating, or level of exposure to their own services hence attracting more users and penalising competitors. The new regulation will oblige Gatekeepers to design their algorithms so to give competitors’ services the same level of accessibility and exposure as their own (Chapter III, art 6(d)).

To ensure that “gatekeepers” comply with such regulations the Digital Markets Act envisions, after an ad hoc investigation, a series of sanctions and fines that could range up to 10% of global market value. In the case of repeated violation these sanctions may also involve the obligation to take structural measures, potentially extending to divestiture of certain businesses, where no other equally effective alternative measure is available to ensure compliance (Chapter V, art 25 and art 27).

The Digital Markets Act is also envisioned so to be flexible and evolving with time, ensuring that new practices and services offered by Gatekeepers comply with the provision and that the rules themselves are kept up to date with the speedy evolution of the digital market.

This capacity to evolve with time will probably prove crucial not only since in the two years probably required to pass the Digital Markets Act, having it to be examined by both the European Parliament and the Commission, the digital market will evolve, but also to improve the most critiqued aspects of the proposal. The main problem with the Digital Markets Act, in fact, seems to be its core proposition of regulating the Digital Market by establishing a sort of antitrust mechanism against designated Gatekeepers.

Not only do some Member States, such as Ireland, contest the core assumption that Gatekeepers actually prevent a free and fair competition, even for those that defend the urgency of an action to counter Digital companies that now find themselves in a position of monopoly in the market find themselves critiqued for drafting an Act not efficient enough to counter such scenario.

Under deeper analysis, some of the core articles of the proposed provision, such as the previously quoted article 6(c) (Chapter III), seem to pose only limited barriers to the Gatekeeper’s influence on the Market. The issue of ‘Interoperability’ (art 6(c) Chapter III), for example, is tackled in a way that does indeed require Companies with the most used software to allow integration with other companies’ services but does so in a way that does not necessarily create a precondition for small service providers to carve their own place in the Market, instead, it seems to reinforce their dependence from the core software provided by Gatekeepers.

Despite these limitations, the most evident shortcoming of the Act is the lack of consideration for the third player involved in a monopoly scenario, the User. The Digital Markets Act does indeed make significant efforts to address the unbalanced competition between Gatekeepers and smaller competitors but is significantly less effective in tackling monopoly from the users’ prospective. Despite introducing provisions that aim at partially safeguarding users form Gatekeepers monopoly, such as contemplating the possibility to delete pre-installed software applications (Chapter III, art 6(b)) there is still an insufficient array of tools to create a potential scenario where ‘buyers’ of digital services could choose an alternative and equally high functioning provider that is not one the now reigning Gatekeepers.

In fact, due to the extensive nature of their services and their firmly established status, Gatekeepers set a very high ‘quality standard’ in their market dominion, which renders their products irreplaceable from an user’s prospective. With this advantage comes the practice, actively perpetuated by digital companies of such dimension, of drafting massive amounts of data tracking personal habits and preferences to further lock users in by providing them with personalized content. Shortcomings on the Digital Markets Act’s front are evident since the only provision that regards data, Chapter III, Art 6(a) only bars Gatekeepers from using it when gaining unfair advantages in competition with other companies. This provision well portrays the will to create a market with a wide array of providers without taking into account whether there will be enough users willing to abandon the ‘perfect’ digital experience currently provided by Gatekeepers.