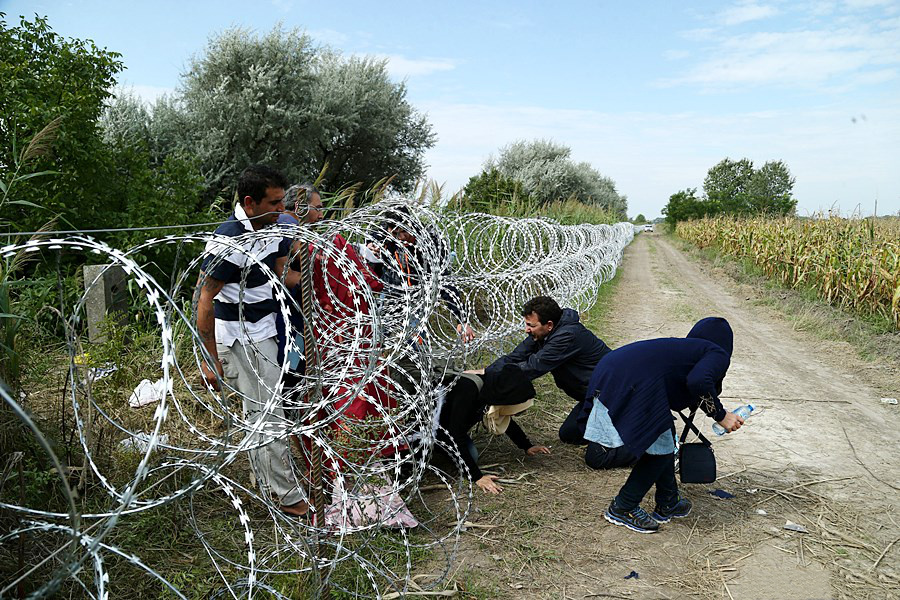 Immigration is, and has always been, a sensitive topic, especially in Christian conservative Hungary. In 2018 the Member State amended its law on the right to asylum adding various new grounds of inadmissibility of applications for internal protection and on February 25th, the Advocate General of the European Union, Mr. Athanasios Rantos, published his opinion regarding the case that was brought by the Commission concerning these aforementioned amendments and their compatibility with EU law.

This is not the first time Hungary has had complications in the matter, previously being seen in the case of the 17th December 2020. The Commission brought Hungary before the CJEU accusing the Member State of having breached European Union law on the topic of procedures for granting international protection and returning illegally staying third-country nationals. Here, the Court ruled that denying protection to asylum seekers as well as transporting immigrants to the other side of the Hungarian border fence is an illegal activity and classified it as equivalent to deportation. The other side of the border fence is still Hungarian land, yet after being moved there they would have no choice but to leave. Additionally, the ECJ argued that Hungary had to grant protection to asylum seekers in order to cease returning them to their neighbour, Serbia. Budapest, however, refused to comply with this ECJ ruling. This caused the European border and coast guard agency, Frontex, to suspend all of its operations in the Member State. It must be said that this is the first time that the Agency has left a Member State.

A less recent case took place in May of the past year on the placing of asylum seekers or third-country nationals who are the subject of a return decision in the Röszke transit zone at the Serbian-Hungarian border. The ECJ declared this behaviour as unlawful detention leading the Member State to abolish these transit zones located on Serbian Hungarian border. This decision sent some 300 asylum seekers into various other facilities. Even so, Gergely Gulyás, Minister of the Prime Minister’s Office, stated “We are obliged to comply with the rulings and Hungary will do so,” adding “External border protection is an issue that Hungary cannot, does not want to, and will not concede,”.

Nevertheless, the 2018 modifications affect various aspects of the laws on asylum and state the following. If, before their arrival in Hungary, asylum seekers transit through a country in which they are not persecuted, at risk of serious harm or in which a valid level of protection is guaranteed, their application will then be considered inadmissible (para. 9).

Moreover, the amendment also introduced ‘facilitating illegal immigration’ into the Hungarian Criminal Code. All persons organizing activities that enable non persecuted people to be brought to the Member State, or that aid illegal residents in obtaining permits shall be placed in confinement. If, in doing so, one seeks financial gain, they will be liable to a penalty of a custodial sentence with a maximum of one year. This will also be valid if more than one single person is helped or if these activities take place less than 8 km from Hungarian borders.

In order to prevent all of these illegal acts from taking place the expulsion measures used in the context of border security were also introduced in the 2018 amendment to the Law on Police. Following this law, the State shall not allow people who are already subject to criminal proceedings for these matters within 8 km of their border fence.

It must also be pointed out that this amendment is commonly referred to as the ‘Stop Soros’ law. George Soros is a Hungarian American pro-democracy advocate, philanthropist and founder of the Central European University (CEU) who has conflictual relations with the current Prime Minister Viktor Orban. It seems as though this bill was drafted to limit the influence of George Soros and the so called ‘Soros Plan’. As the Prime Minister Victor Orban himself put it during the annual speech at the Tusványos Summer University in Romania on July 22nd 2017 “The plan says that every year hundreds of thousands of migrants should be brought into the territory of the European Union from the Muslim world. […] in order for Europe to be able to survive and remain the Europeans’ continent, the European Union must regain its sovereignty from the Soros Empire. Until that happens, we have no chance of retaining Europe for the European people”.

The Hungarian Parliament adopted the amendment to the law on the right to asylum and the Commission subsequently issued a letter of formal notice containing the complaint, to which the Member State replied in an unsatisfactory manner, therefore a reasoned opinion. Hungary then reiterated that all the adopted laws were in complete compatibility with EU law. Given the Hungarian reaction to the letter of formal notice and the reasoned opinion the Commission then brought the present action, therefore the complaint the Commission warned Hungary of at the time is still being discussed in the case.

Firstly, the Commission reports (para. 1) that adding new grounds of inadmissibility is in contrast with Article 33 of directive 2013/32/EU. This directive focuses on the common procedures for granting and withdrawing international protection and Article 33 clearly lists the five accepted grounds for the inadmissibility of an application for international protection.

Secondly, the amendments to the criminal code and the law of the police were identified by the Commission as breaches of various articles of Directives 2013/32 and 2013/33/EU concerning the standards for the reception of applicants for international protection (Article 8, Article 12 and Article 22, and Article 10). These are the provisions of EU law concerning assistance for applicants for international protection and guarantee, first, that those applicants have the right to be able to consult organisations, their families and persons providing advice and counselling. Secondly, in parallel, that those organisations and persons have the right to access those applicants, including those who are held in detention.

As follows, the Advocate General Mr. Athanasios Rantos, who took his formal oath only in September of the past year, has analysed this case.

Regarding the first complaint, he reaffirmed what the CJEU had already decided in the two cases discussed prior (1 & 2). It had previously been noted that the list provided in Directive 2013/32 is exhaustive and it must be interpreted as precluding national legislation which allows an application for international protection to be rejected as inadmissible. Still, following the other two cases, the Advocate General upheld this initial complaint declaring that Hungary had failed to fulfil its obligations under Article 33 of Directive 2013/32. The Member State did do by adding a new ground of inadmissibility of applications for international protection to the grounds established exhaustively by that provision.

Mr. Athanasios Rantos, then, focused on the second complaint regarding the criminal code and the law on police. As the Commission had pointed out, in the event of mass immigration, people who wish to obtain international protection have to travel to one of the transit zones located at the Serbian Hungarian border. Serbia is a third country where there is no risk of persecution. This not only means that the applications would be denied, but that due to their inherent failure, any person or organisation providing help to these applicants would face the risk of criminal prosecution. To this, the Advocate General responded very clearly. Since these organisations are providing aid to asylum seekers within the scope of EU law, but not their national legislation, the only legitimate penalty would be inadmissibility of these applications, not criminal prosecution. This opinion, however, in no way eliminates the possibilities of initiating criminal penalties for those individuals or organisations that facilitate illegal immigration. As shown in his published opinion Mr. Rantos is of the view that the criminalisation of the organising activity in question constitutes an unjustified obstacle to the exercise of the rights guaranteed by the EU legislation concerning assistance for applicants for international protection and, accordingly, constitutes a failure to fulfil the obligations under that legislation, as stated in his published opiniom.

The Hungarian government had previously revealed that this legislation is of a restricted nature, that it had been applied on few occasions and not once led to the conviction of any person or organisation. Mr. Rantos overlooked this comment (para. 40) as Hungary has failed to fulfil its obligations and this exists independently of the gravity of the situation at hand and supported once again the commission’s views that the revised Criminal Code was incompatible with EU law.

The complaint regarding the law on police, on the other hand, was rejected due to the fact that when taken on its own, the law on police does not pose as an obstacle to the exercise of EU law. This is supported by the adjustments, or rather lack thereof, proposed by the Commission for Article 46 of the Law on the Police.

This is simply a recent example of a series of events that have taken place in Hungary that are not in accordance with EU law. It can be stated that Orbans’ Hungary, which seeks to protect its conservative identity, has been a notorious opponent of immigration, leading to various disputes with its 27 counterparts over the way migrants are treated.