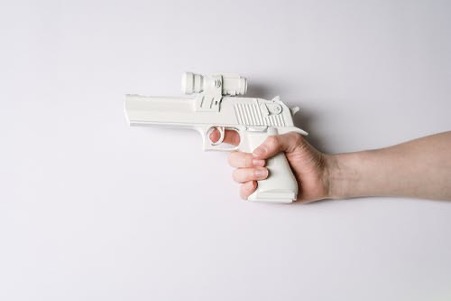 Advocate General Pikamäe released an opinion on April 15th regarding the case of a Swedish national who was arrested in Hungary. This case then raised various other matters.

The case began with the arrest of a Swedish national of Turkish origin. This person was arrested in Hungary in 2015 and questioned on the same day for allegedly infringing Hungarian laws on firearms and ammunition. The Swedish national requested the aid of a lawyer and an interpreter, the latter then informed him of the allegations he was facing.  The lawyer was not able to attend the questioning; therefore, the accused refused to testify. He was then released. In addition, he is now living outside of Hungary and the various summons the Hungarian authorities sent him return marked ‘unclaimed’.

A preliminary ruling was then requested by the Central District Court in Pest, Hungary, which sits as a single judge, Csaba Vasvári. This seeing as, in the event that the prosecution decides to apply a fine, the case will have to continue in absentia, that is to say without the accused person present. Doubts arose in the Central District Court in Pest regarding the compliance with the directives on the rights of accused persons in criminal proceedings in the European Union (Directives 2010/64/EU, 2012/13/EU and 2016/343/EU). This seeing as the competences of the interpreter had not been verified, therefore it is not clear whether or not the interpreter and the Swedish national did in fact comprehend one another.

To be more precise Article 5 of Directive 2010/64 clearly states that Member States, in this case Hungary, must ensure that the translation provided meets a specific standard of quality to safeguard the fairness of the case. This standard is laid out in Articles 2 and 3 of the same Directive. Additionally, in Article 5 of Directive 2010/64/EU Member States are asked to create a register of verified translators and interpreters who are both independent and qualified. In this specific instance there is no record of where the interpreter came from nor how his or her abilities were examined. Following Article 4 and Article 6 of Directive 2012/13 Member States must also immediately inform the accused person of what they are being accused of at this time and their rights.

For the above-mentioned reasons, the referring judge requested a preliminary ruling to the Court of Justice of the European Union. He asked whether the national law and practice at issue before him are compatible with the Directives on the rights of accused persons in the European Union and whether it follows from EU law that, if they are not compatible, a national court may not continue the proceedings in absentia.

The referring judge posed additional questions to the ECJ. The judge states that, since the judicial reform of 2012, the responsibility of the central administration and the management of the judicial system have been placed in the hands of the President of the National Office of the Judiciary (NOJ) which is elected by the National Assembly. The extensive powers that are given to the President are overseen and monitored by the National Judicial Council (NJC). The NJC published a report in May 2018 which declared that the President of the NOJ had been consistently infringing the law. This was done by declaring vacancies for judicial and senior judicial posts without sufficient reasoning and appointing judges of her choice temporarily. An example of this would be the President of the Court of Appeal of the referring court, that is the President of the Budapest High Court. The referring judge therefore asks the ECJ whether this functioning of the NOJ is compatible with EU law, more specifically with the principle of judicial independence present in Articles 19 TEU and 47 of the Charter of Fundamental Rights and whether the proceedings in the present case are regarded as fair.

After the aforementioned request for a preliminary ruling on behalf of the ECJ the public prosecutor initiated an extraordinary appeal or an ‘appeal in the interest of the law’, before the Kúria, the Supreme Court of Hungary. This was against the order of reference in the present case regarding a specific article of the Code of Criminal Procedure. The Court Kúria then ruled that the questions posed to the ECJ where not relevant to deciding the main case and that the first question did not in fact concern the interpretation of EU law but instead was aimed at finding that the applicable Hungarian law did not comply with the principles protected by EU law.

A few months later the President of the Budapest High Court began disciplinary proceeding against the referring judge following verbatim the judgement of the Member State’s Supreme Court. This decision to initiate disciplinary procedures was then withdrawn.

Due to this turn of events, in 2019 the referring judge asks the ECJ the following additional questions by way of an addendum.

Does a national practice (in this case the court of last instance), which, while harmonising case law, declares a decision made by a lower court and a request for a preliminary ruling unlawful, interfere with the legal effects of the decision at hand?  The referring judge further inquired if this was in accordance with Article 267 TFEU. He also asked if the principle of judicial independence should be read in light of Article 267 TFEU. That is to say, if the principle precludes disciplinary proceedings being brought against a judge for having made a request for a preliminary ruling.

Firstly, regarding the questions pertinent to the interpretation and translation the Swedish National received, the AG states that Member States have to follow specific obligations present in EU law. Suspects must have the possibility to object to the standard of the interpretation services they are provided with during their proceedings. However, Member States are not required under EU law to have a register of qualified interpreters. It is interesting to note what Mr. Pikamäe consequently stated. Following European law, similar circumstances do not preclude a trial in absentia of a person who does not speak the national language and who cannot be established to have understood the course of the investigation of the suspicions or accusation against him due to inadequate interpretation. This so long as the lawyer charged with representing him is able to contest the lawfulness of the situation on the grounds of an infringement of the right of information.

At this stage, that is to say, at a more advanced stage of the proceedings, the remedy to errors that occurred during the investigative stages is through the lawyer. The lawyer must be informed of the accusations against the suspected person no later than the point in time when the hearing of argument on the merits of the accusation commences before the national court.

Secondly, the Advocate General excludes all the questions relating to the appointment of temporary senior judges by the President of the NOJ. This seeing as he views them inadmissible given that they are extraneous to the outcome of the present criminal proceedings. Mr. Pikamäe also views the questions relating to the initiation of a disciplinary procedure against the referring judge as inadmissible. As mentioned prior, the procedure has been withdrawn and is no longer relevant.

Regarding the contested decision of the Hungarian Supreme Court, the Advocate General feels it lessens the effectiveness of the national court in question to refer questions to the ECJ for a preliminary ruling. This meaning impairs the preliminary ruling mechanism, which is based on a dynamic dialogue between Member States’ national courts and the Court of Justice of the European Union. The dialogue depends fully on the assessment of the referring court, who has to ponder whether the procedure is appropriate and necessary in a given situation. It must also be stated that according to the advocate general the ECJ alone has the power to determine whether the questions posed are reasonable or not. As Advocate General Pikamäe stated in his opinion “in accordance with the principle of the primacy of EU law, the referring judge is required to set aside that decision and disapply the national legislation underlying it”.

It is also interesting to note the dynamics of the discussion regarding this case that took place at the Court of Justice of the EU in January 2021. Here Hungary, or more specifically Miklós Fehér, a senior official at the Hungarian Justice Ministry, was faced with strong questions regarding the allegations that the Member State had attempted to suppress a judge, thorough political interference.

Nevertheless, these accusations are not striking seeing as the Country has been accused of undermining the independence of its judiciary and breaching the rule of law for several years now.

Critics have alleged that, although the disciplinary proceeding against Csaba Vasvári was withdrawn, this might discourage other judges from making themselves heard in the future. Julian Langer, a lawyer for the Netherlands, then stated: “We must banish any risk that disciplinary proceedings be used as a way of exerting political control over the content of juridical decisions”. Fehér then made it clear that criticisms regarding the rule of law are not pertinent to the case at hand.

The lawyer for the Swedish government then stated: “There are grounds that indicate that all of the questions referred to in this case are admissible”, yet this was disregarded by the Court who backed the Hungarian view.

The Commission will however be closely monitoring the situation in Hungary regarding the full independence of the judicial system and the functioning of the rule of law. Not only so as stated by Adrian Tókar, member of the European Commission’s legal team, “The Commission continues to monitor the independence of the Hungarian courts and raised concerns regarding the powers and functioning of the National Judicial Office”.