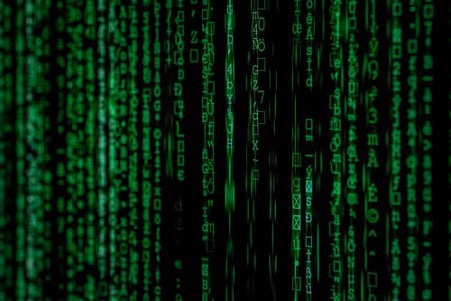 Pegasus is a spyware developed by the NSO group which is extremely powerful and used to infiltrate smartphones of all kinds essentially converting the cell phones into devices used for surveillance. The EU has severely condemned the use of this technology seeing as it infringes the core values of free media and press.

The spyware was used to hack the devices of government officials, journalists and most importantly objectors to various governments. This seeing as, it enables the hackers access messages, end-to-end encrypted conversations as well as activating audio and video remotely.

Various organizations have now investigated the case under the control of Forbidden Stories, a French journalist group, and various accusations arose. Hungary was highly accused.

The Forbidden Stories group has stated: “At least 180 journalists around the world have been selected as targets by clients of the cyber-surveillance company NSO Group”. Among these are Hungarian journalists, public figures and opposers of Orban’s government. Not only so, Direkt36, the Hungarian partner in the group of media outlets, has disclosed the same information.

The Hungarian government has denied all of the afore mentioned accusations blaming them on paranoia and fake news. However, Judit Varga, the Member State’s Minister of Justice, hinted that the accusations were not off base. This was evident when she told the press that “We live in a world where modern States face many threats. Let’s not be ridiculous, every country needs such tools”. Even so, noting else was mentioned by the government who stands by the fact that their investigations are carried out lawfully.

Nevertheless this worried many citizens of the MS which have issued complaints leading to the activation of various investigations on behalf of Hungarian prosecutors. In addition, protests took place in Budapest on July 26th organised by Miklos Hajnal a member of the opposition. He additionally expressed: “This is not acceptable in a country where people know how the socialist regime used to work”. He added: “There is a reason for the existence of security services, but it cannot simply be to cling to power”.

The President of the European Commission Ursula von Der Leyen has stated: “Freedom of media, free press is one of the core values of the EU. It is completely unacceptable if this (hacking) were to be the case”. Not only so, various MEP’s have demanded an investigation on the matter take place. The most outspoken of these has been Guy Verholfstadt, the ex-Prime Minister of Belgium and European Parliament Brexit coordinator. He tweeted saying “No more ‘deeply concerned’ the EU as a dictatorship growing inside of it”.

However, media freedom was already being questioned by the EU before this scandal took place, in the most recent rule of law report, which was published on Tuesday July 20th. These reports are published twice a year by the Commission and focus many on four pillars: the justice systems, the anti-corruption framework, the state of media pluralism and media freedom as well as other institutional issues linked to checks and balances. The Commission considered these pillars key in the maintenance and stability of the rule of law.

The report clearly stated that media freedom and pluralism were at risk and that stricter anti-corruption measures were needed in the MS. This even though the current anti-corruption strategy is in place. It was also found that examples of nepotism and clientelism were common in the public administration as well as ties between the private and public sectors.

The report denounced the lack of media pluralism. During the recent Covid-19 pandemic there was a decrease in the access to public information and well as an increase in political advertisement. This allowing the government in place in the Member State to maintain its political views in the media.

Overall, the Commission expects Hungary to put in place stricter anti-corruption measures, to better their press reforms and prepare various judicial reforms. The Member State concerned has not received sanctions and an ultimatum like Poland; however, Hungary will not be receiving any funds from the infamous Covid-19 recovery fund.

Not only so, the Minister of Justice alleged that the rule of law in the MS was being scrutinised due to the recent law that was passed regarding the LGBTQ+ community. The law states that homosexuality is legally on par with paedophilia. The Prime Minister agreed with the Minister of Justice and, although he has not yet publicly commented the report, he has scheduled a referendum in order to protect Hungarian children from LGBTQ+ propaganda. This referendum was scheduled due to the “serious attacks on Hungary by Brussels bureaucrats” which left the MS with ‘no choice’.

The LGBTQ+ issue clearly clashes with core values of the EU which are found in Article 2 of the TEU. It is evident that the situation between Budapest and Brussels in becoming increasingly complicated and is far from over. The President of the Commission Ursula von der Leyen put it very simply: “Europe will never allow parts of our society to be stigmatised: be it because of whom they love, because of their age, their ethnicity, their political opinions, or their religious beliefs”.